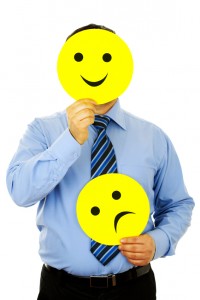 I recently had lunch with a group of friends and the conversation turned to someone who had recently been assessed using an Emotional Intelligence instrument. This individual is clearly more successful than most within his industry but the consultant giving him feedback told him that his result was poor and that this was a clear opportunity for improvement. As someone who wrote a  thesis on Emotional Intelligence 14 years ago when this concept was in it’s infancy, a number of aspects of what he said made me cringe and I felt compelled to write this short blog.

Not only was I irritated that the person providing feedback to my friend had done so in a less than professional manner but I also fundamentally disagreed with their opinion. You see I know this friend really well and I know that he is an Emotionally Intelligent individual. Time and time again I have seen him diffuse emotionally charged situations and I have regularly observed him maintain his own motivation during stressful situations that would have others crumble under the emotional strain of it all.

So how could an apparent expert in EQ get it so wrong?

In my opinion the original concept of Emotional Intelligence (EQ) was pretty simple but has been “dumbed down” over time. Originally, EQ was seen as an individual’s ability to be aware of, manage and utilise both their own emotions and the emotions of others. It was a multifaceted concept and it was completely conceivable that a person could have strong EQ in one way and weak EQ in another. It was also completely conceivable that someone could demonstrate EQ behaviours whilst also really irritating the people they work with or making them uncomfortable. If there was an underlying purpose to the way that person was trying to make people feel, if they were actively aware of the way the situation was playing out and the result helped them in some way (maybe to get a difficult project complete or to address a safety concern) then that could be seen as Emotionally Intelligent behaviour.

Nowadays those nuances just don’t appear to be recognised by many of the EQ “experts” working in the field. EQ has become synonymous with being nice, a good person, or a “people person” when that wasn’t the original intent of the concept at all. Is an accountant that actively chooses to discourage their staff from considering feelings or other subjective considerations low in EQ or are they just consciously forcing people to take one extreme perspective when executing their work? Likewise, is an artist who completely ignores the objective aspects of a situation and focusses exclusively on feelings clearly higher in EQ or are they just in a role where this behaviour happens to be the best approach?

Psychology, just like any other discipline, is prone to trends. Often the popularity of a concept can become it’s greatest curse and Emotional Intelligence is a good case in point. It is rare that Psychological theories attract any profile in the media, let alone are adopted as part of main stream vernacular however this is exactly what has happened with Emotional Intelligence. There are now hundreds of consultants from a large range of disciplines who “specialise” in helping develop an Emotionally Intelligent workforce. However, I wonder how many of them are competent to do the work they are engaged to do? In addition, how many of these experts are emotionally intelligent enough to recognise high EQ when they see it?

Developing an Emotionally Intelligent workforce is absolutely an admirable goal. I also believe it’s a major source of competitive advantage for those workplaces who successfully achieve that goal. It’s worth doing. However, if you are a business leader looking to start this kind of journey our advice would be to NOT look for someone that always appears happy, who is charismatic and appears to be a “people person”. Instead, just like any job application process, start with the person’s CV, check that they are a registered Psychologist, check that they have a track record of successfully implementing such programs and call their references.