Gender differences have long been a hot topic in many organisations. However, only recently have employers begun exploring the differences between male and female attitudes when resigning. Analysing exit interview results for such differences  is even a formal recommendation from the Federal Government’s Equal Opportunity for Women in the Workplace Agency (EOWA). 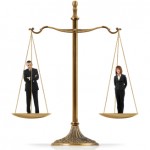 Given many of our clients are beginning to write their EOWA compliance reports for another year, Caroline (one of our best Consultants) thought that she would delve into the issue in a bit more detail to assist them. She did this by analysing three years worth of exit interview results and exploring how male and female attitudes differ based on their responses in past exit interviews.

Caroline’s first finding was that, on average, Female exit interview responses were more critical than male responses. This was initially surprising to us but when we sat and talked about it for a while it began to make some sense. Maybe this is evidence that women feel disadvantaged relative to their male counterparts? There is a range of evidence suggesting that women encounter additional challenges in the workplace that are simply not an issue for men. So why wouldn’t they be a tad more critical about their workplaces?

Caroline then explored the specific areas in exit interviews where women were significantly more critical than men. The results of this analysis showed that women were:

Although women were more critical of the organisations that they were departing on average, there was one encouraging insight that was gleaned from this research. Women were more likely on average to believe that the organisation could have taken action that would have prevented their resignation. What this means is that more resignations by talented women are avoidable than we think. The downside of this research? Once they leave, those women are significantly less likely to consider ever working for your organisation again!