I recently saw the film “The Iron Lady” starring Meryl Streep as Margaret Thatcher and felt compelled to write this article. Although Thatcher is certainly a historic and polarising figure, it was NOT the subject of this movie that inspired me, but a single quote from the movie.

The specific quote that challenged me was as follows:

In the movie, this q

uote serves as a reminder that Thatcher, though carrying a disabling condition, still had a sharp and agile mind. This was not what I was particularly interested in. I was especially struck by how useful such a paradigm could be in the modern workplace.

If you have ever experienced coaching in the workplace, chances are you have experienced Thatcher’s logic first hand. Without explicitly saying so, many Coaches utilise a Cognitive Behavioural approach. This is essentially where we recognise that people are more than just the sum of our unconsciously learned behavioural patterns. We are also capable of becoming aware of, and consciously adapting, those habits and thinking patterns when we recognise the need to change. This approach, although well ingrained in modern interventions, was only in its infancy in the late 1970s and 1980s when Thatcher became the Prime Minister of the United Kingdom. 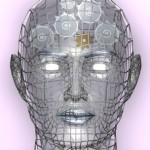 More recently, Thatcher’s logic is becoming increasingly supported by research into Emotional Intelligence (commonly referred to as EQ). Simply put, EQ is an individual’s ability to monitor, utilise and manage their own emotions and the emotions of others. Proponents of EQ argue that this ability varies dramatically from person to person and that it is responsible for a range of both individual and organisational outcomes in the workplace.

Wondering how you might learn to be more Emotionally Intelligent? One way that we can practice our emotional intelligence is by spending some time reflecting on Margaret Thatcher’s quote above. First, take some time to contemplate what you spend the most time thinking about (both at work and at home). Are any of these pre-occupations limiting or counterproductive? Are they responsible for emotional outbursts or habitual responses that you would prefer to change? If you answered “yes” to either of these questions, then CONGRATULATIONS you have just taken the first step towards becoming more emotionally intelligent! Of course achieving fundamental personal change can often be a difficult long-term journey, however awareness is the first step!

Can we take this too far? The answer is “absolutely”! If you spend ALL your time sitting around over-analysing your own thinking, the BEST outcome you can hope for is to get nothing done. At worst, you might end up convincing yourself that you have problems that do not really exist. As with most things in life, moderation is key and balance is critical.

2 thoughts on “The Iron Lady”